I didn’t ask them, I asked you. I committed my life to Jesus when I was in my early twenties. My wife and I had been married for a couple of years when I had the urge to read the bible. My lunch hours were spent at the public library and with the thousands of books available, I was drawn to the bible.

Although, I wasn’t saved, bornagain or whatever other term you would like to describe a relationship with God in Jesus, I was a good living person. Faithful to my wife and family, a dedicated employee, a good friend and I had made a decision to quit smoking a few years previous. Also, I had decided to not drink alcoholic beverages. The main reason was that I had seen the destruction that the excess and uncontrolled consumption of alcoholic beverages had caused to my family and friends.

My one addiction was sports. I loved the compettition and I was pretty good, in my localized area  and played on the softball and soccer teams that were selected to play in Newfoundland Labrador tournaments. A couple of years, after my salvation experience, I was asked to teach Sunday School. Sunday school was on Sunday afternoons and on most Sunday afternoons I was playing either softball or soccer. I said I would pray about it.

I prayed and was leaning towards saying no. I said such things , in prayer, as God you know how much I enjoy sports and so and so, from such and such a church play ball on Sundays. Then it happened, one day while talking to God, it was as if He spoke to me and said “Steve, I didn’t ask them to teach Sunday School, I asked you.” I knew it was a God message and I had two choices, say no to God or say yes. I said yes and I felt very comfortable with my decision.

I played some softball after that and the men on my team knew that I couldn’t play on Sunday. When I wasn’t chosen for the all star team, they were upset, however; I reminded them that it was ok and better for someone be chosen who could play.

That was over forty years ago and God has been faithful.

What does the bible say??

Pilippians 2: 3-4  Do nothing from selfish ambition or conceit, but in humility count others more significant than yourselves. 4 Let each of you look not only to his own interests, but also to the interests of others. This will be a verse that I will take a while to think about and meditate upon. Nov 18th,2016.

Where am I to now? For many years I would consider myself to have been a compassionate, considerate and even humble, most times, Christian. As I take time to assess my position in Christ, through personal study and prayer, I recognize that there are areas, in my Christlike walk that needs some tender loving care.

My prayer life has to be more focused

I have to take more time for others.

Am I laying treasures up on earth or in heaven?

A work in progress

Many of us have access to and use the digital bible instead of The Printed Bible. I use both, however; I have recently been challenged by my “Born Again Conscience” to pick up the printed bible and use both medias to read, meditate and study the word.
Those are a few reasons that come to mind why I should use the printed bible.

Those around me will know for a certainty that I am using the bible. A testimony
I feel more blessed as I handle and open the pages.
With the electronic media, I get easily distracted by checking other things such as scores, Kijiji, Facebook etc.
With the printed bible I stop to allow The Holy Spirit to minister to me. I read through the digital bible without meditating upon the word.

I can get alone with the printed word. With the digital bile, I attract a crowd..think about it for a moment.

As I am typing, I have the printed bible by my side and I will use it for my meditations, however; I will google the verses or verses for other intrepretations and studies.

Blogs and articles on the topic
The Downside of Digital Bibles

Are Digital Bibles as Holy as Paper Bibles?

Digital Bible or Printed Bible? Does it Matter Which You Use?

Should Christians use a digital Bible instead of print Bible?

Three things will last forever Faith, Hope and Love and the greatest of these is love 1 Cor 13,13

Think about. meditate upon and research this verse for YOU…. 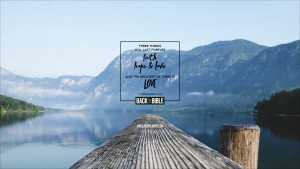